In connection with the 60th anniversary of the Point Association, the History and Archives Committee is conducting a series of conversations with longtime residents of the Point. We are also talking with people about their businesses that have been an important part of the fabric of our community.

Our goal is to capture the cultural aspects of our neighborhood as well as the impact of important events that occurred during the past 60 years including Operation Clapboard, Newport Restoration Foundation and the Navy pull out from the area.  We are grateful to the participants and thank them for sharing their memories with us.

We will be adding to this collection over time and welcome those who would like to participate in the project to contact us at HistoryandArchives@thepointassociation.org.  We also welcome your comments.

We would like to thank Lindsay French, PhD, Associate Professor, RISD for her guidance and Thomas Ricci for technical training. 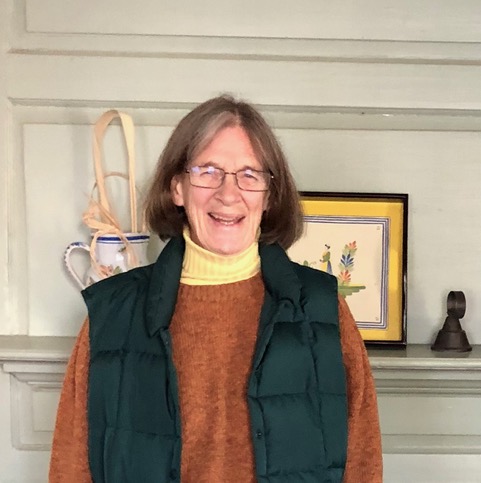 Jane MacLeod Walsh, a lifelong Pointer, talks about growing up on the Point—a time when catboats were popular, visitors arrived by ferry and the train tracks were located where the Visitor Center is now located.  She also talks about early restoration efforts of Operation Clapboard. Jane researched many of the houses and provided signs for the owners. Jane’s tells many stories of the interesting and talented neighbors that make up our beloved neighborhood.
https://www.youtube.com/watch?v=K6n9RP84moQ&feature=youtu.be 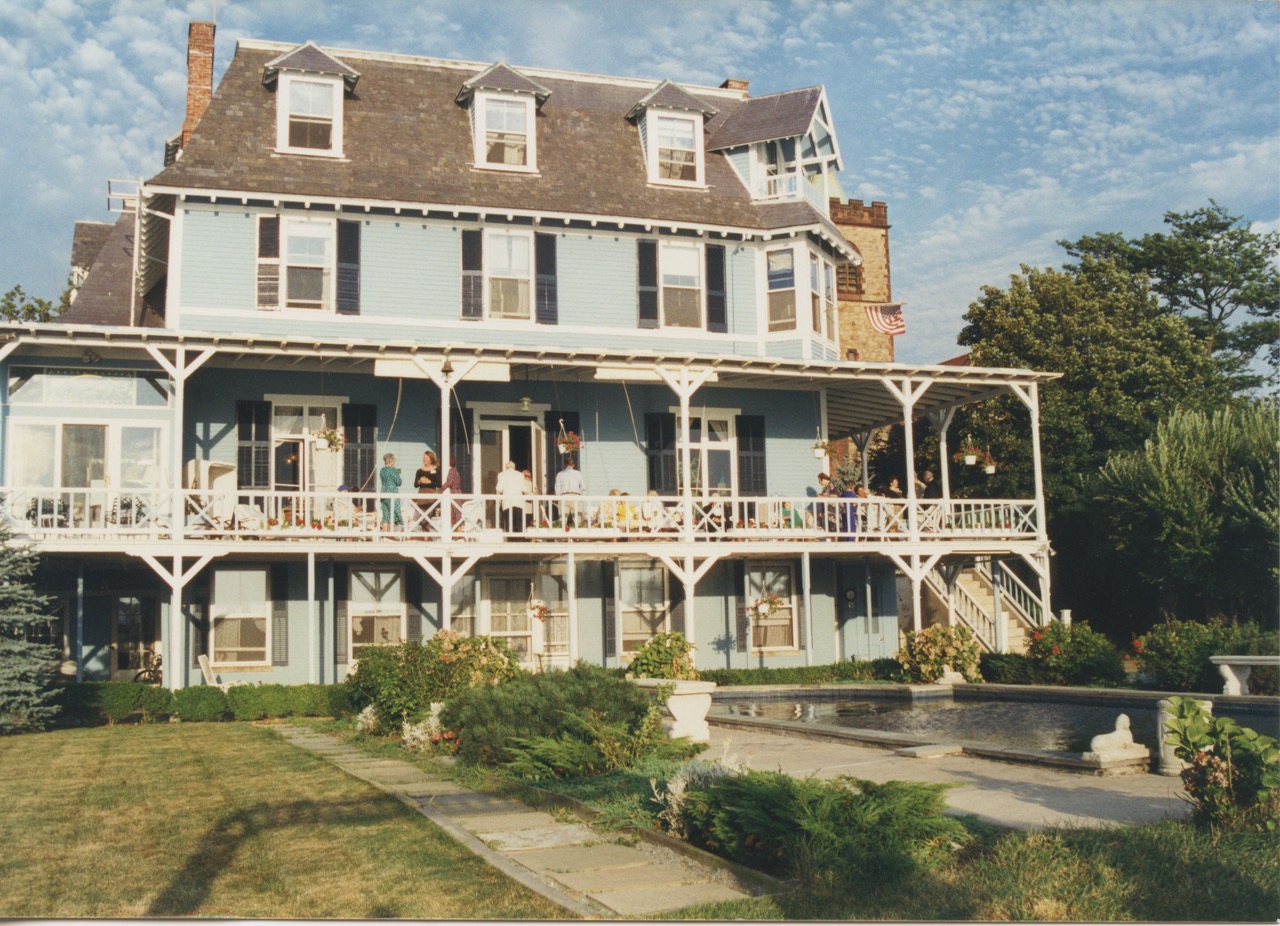 Anne Ramsey Cuvelier, owner of Villa Marina talks about her family the Goddards and Covells, the history of the Villa Marina and of her life on the Point.

The associated Green Light Article is in the Summer 2016 issue. 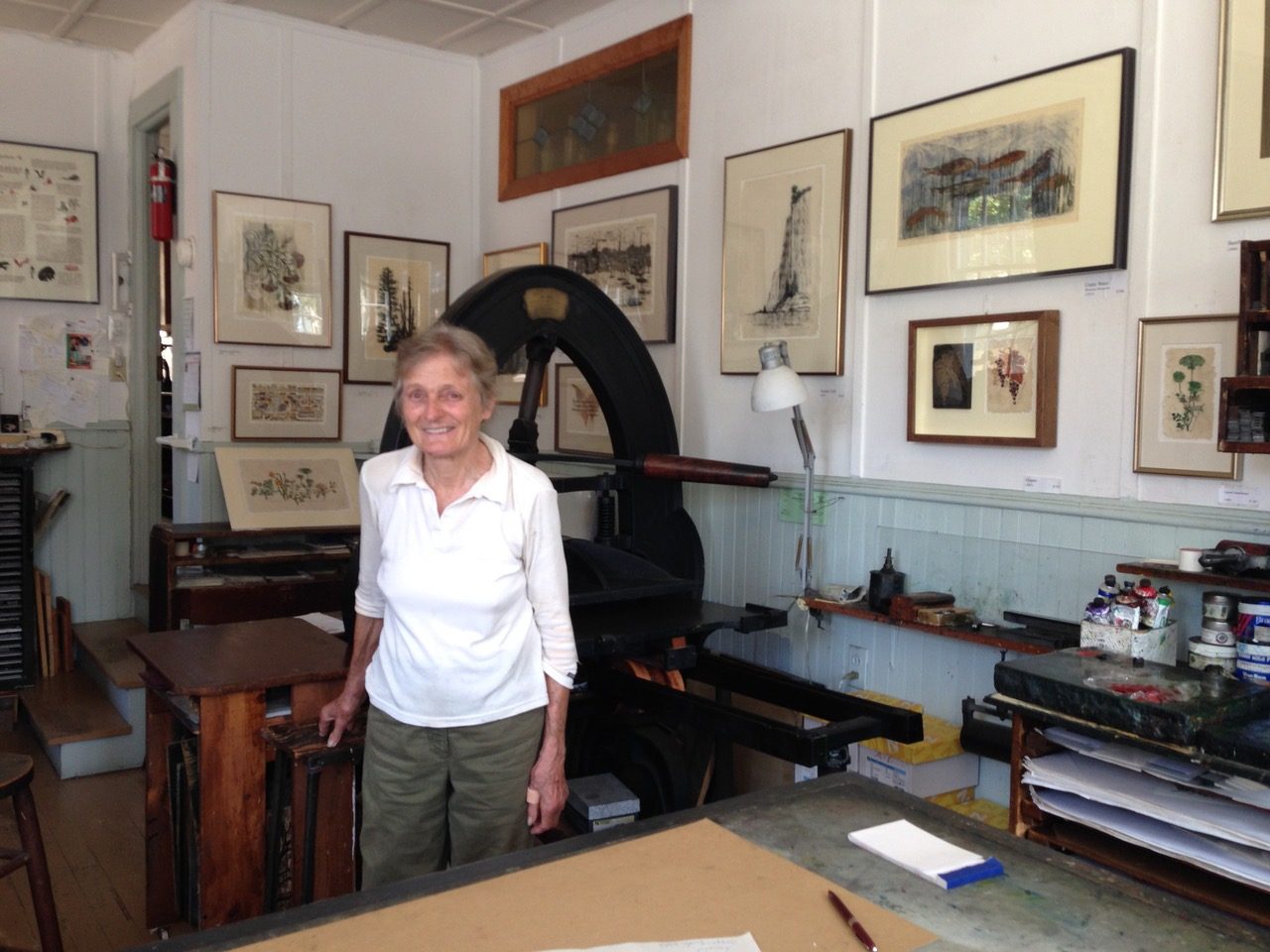 Read about Ilse in the Winter 2015 Green Light, and here’s another article about her. 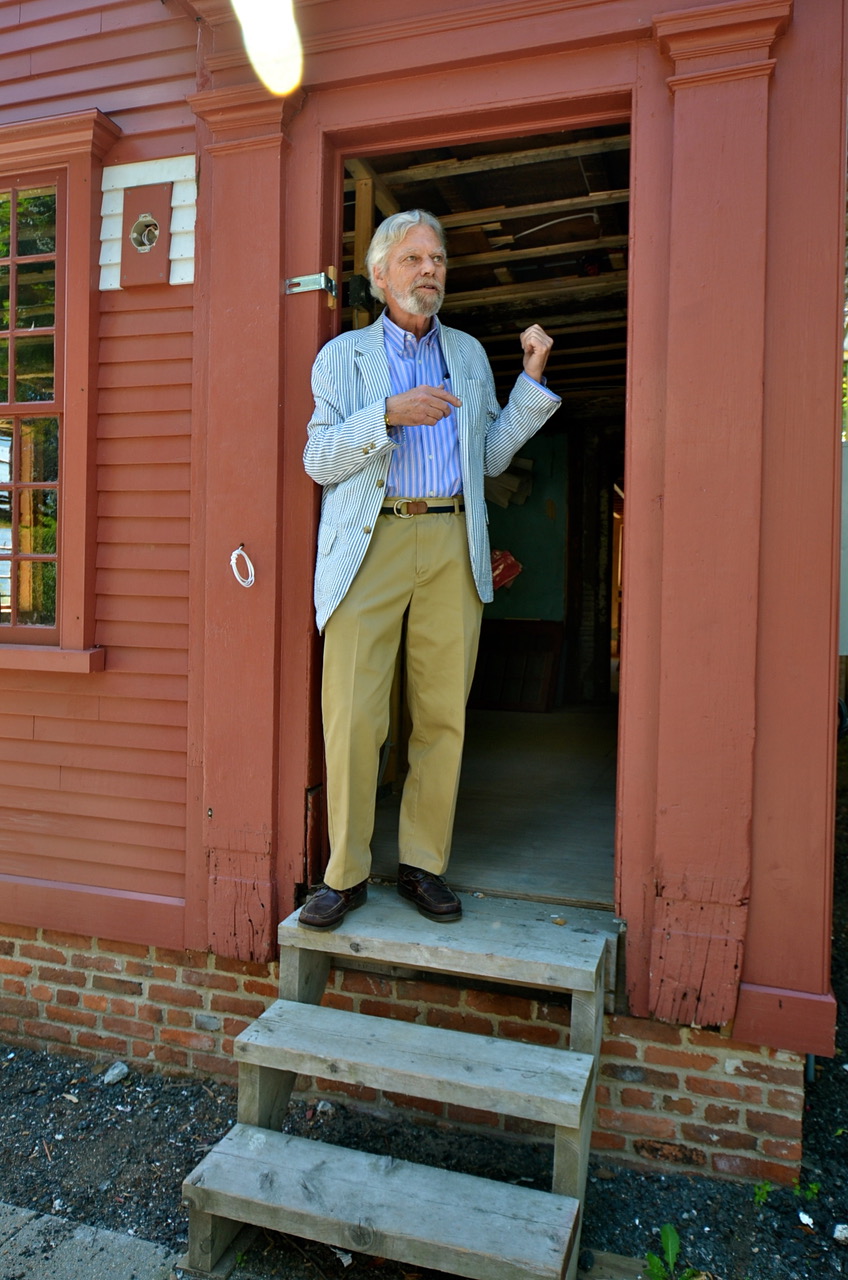 Robert Foley, Preservation Director, Newport Restoration Foundation talks about Operation Clapboard and his own experience restoring his home on  the Point.

Read the associated Green Light article in the Spring 2016 issue. 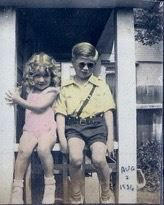 Allan Manuel talks about growing up on the Point including the hurricane of 1938, the shops on the Point, his summer job at the Torpedo Factory, and the building of America’s Cup and The Claiborne Pell Newport Bridge. (Photo: Norma and Allan Manuel sitting on playhouse porch, 7 Walnut Street, August 2, 1936.) 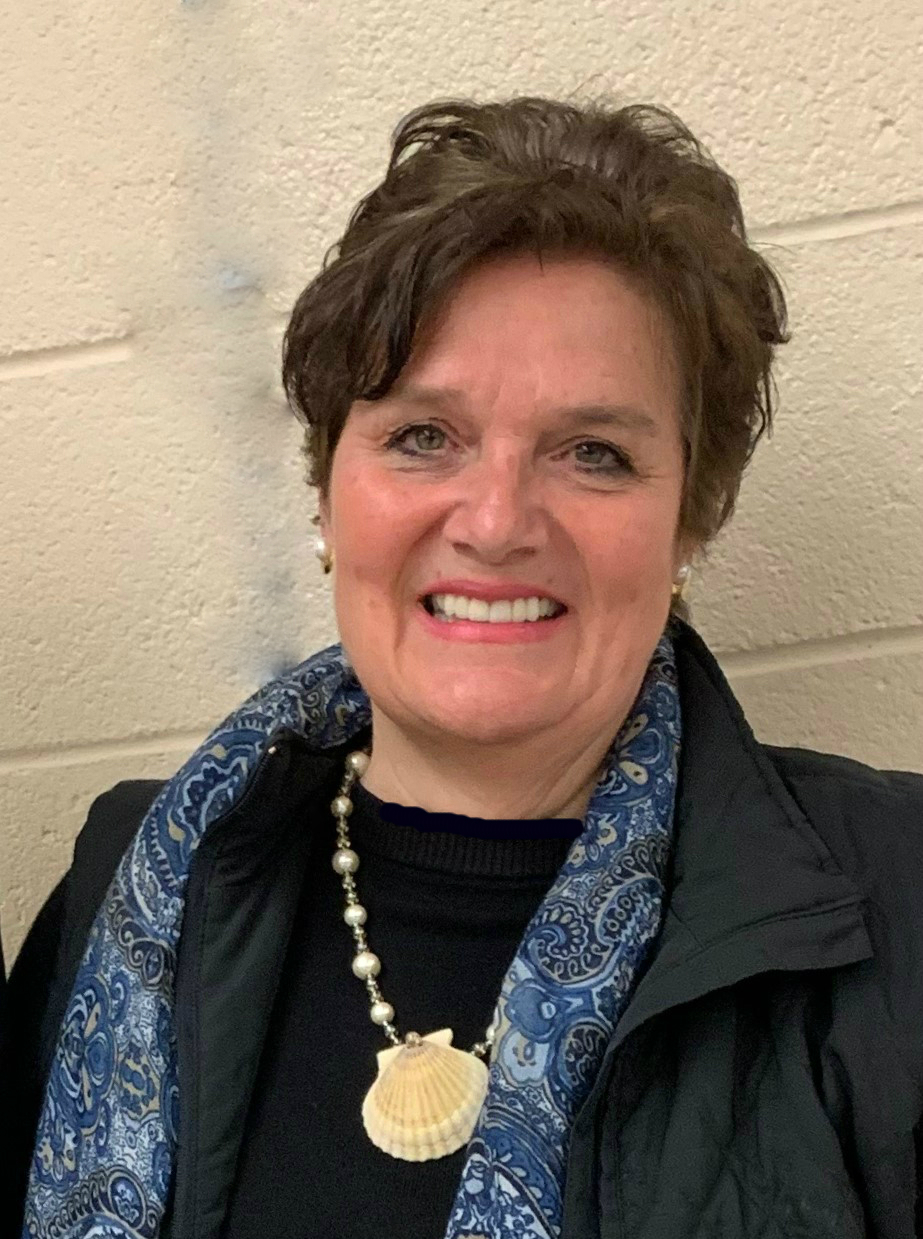 Oral Histories From Our Archives

The Point Association has been fortunate to have many individuals over the years who helped restore and preserve our neighborhood. They also took the time to archive our history in photographs, documents and oral histories and discussions.  Our committee found a number of cassette tapes in the archives which we had digitized.  Dan Titus, IT, Salve Regina University and Salve IT student Jeffrey Peiczarka converted these files to MP3 format which we share with you below. Our many thanks to Dan and Jeffrey for their outstanding work in helping us make these oral histories available to you. 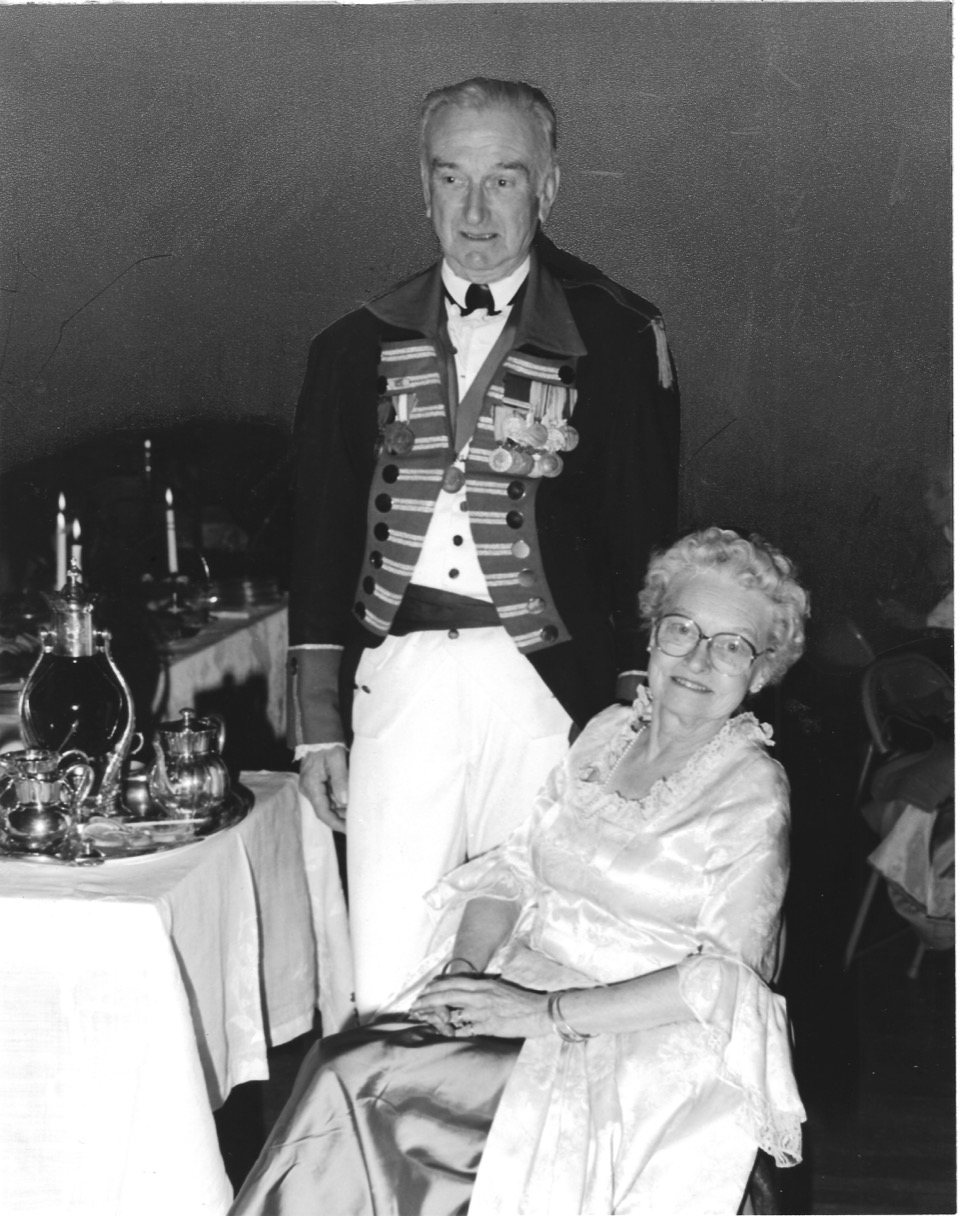 The Admiral discusses how he and Mrs. Eccles arrived in Newport and what it was like in the forties. He later discusses the new roadways in Newport and “interesting character” Tom Crawley the ironworker.

Jack (John J.) Martins  11/8/83 Jack’s family operated Martin’s Liquors on Third and Walnut for 50 years. Jack organized shoreline clean-ups in the Point and was always available to help neighbors. Newport honored Jack by naming a park after him.  Jack Discusses the changes in the neighborhood after the Navy pull-out, Doris Duke’s restoration and the building of the bridge.  An article about Jack was recently published in our Green Light.  Jack Martin.pdf 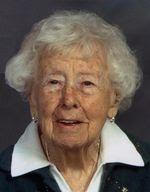 Gwen (Mrs. George) Behan was born in Newport on May 29, 1910 and was a lifelong resident of The Point. She died at 92 years old. She was the widow of George P. Behan, and celebrated 54 years of marriage together. Gwen attended Rogers High School and Newport Hospital Nursing School. She was a communicant of St. Joseph’s Church. She was an avid reader and traveled widely.

An article by her daughter of Family Memories recently was published in our Green Light. The interview took place on 2/24/97

Here are two articles about Gwen that were published in our Green Light:
Gwen Behan Memories of a Lifetime on the Point.pdf 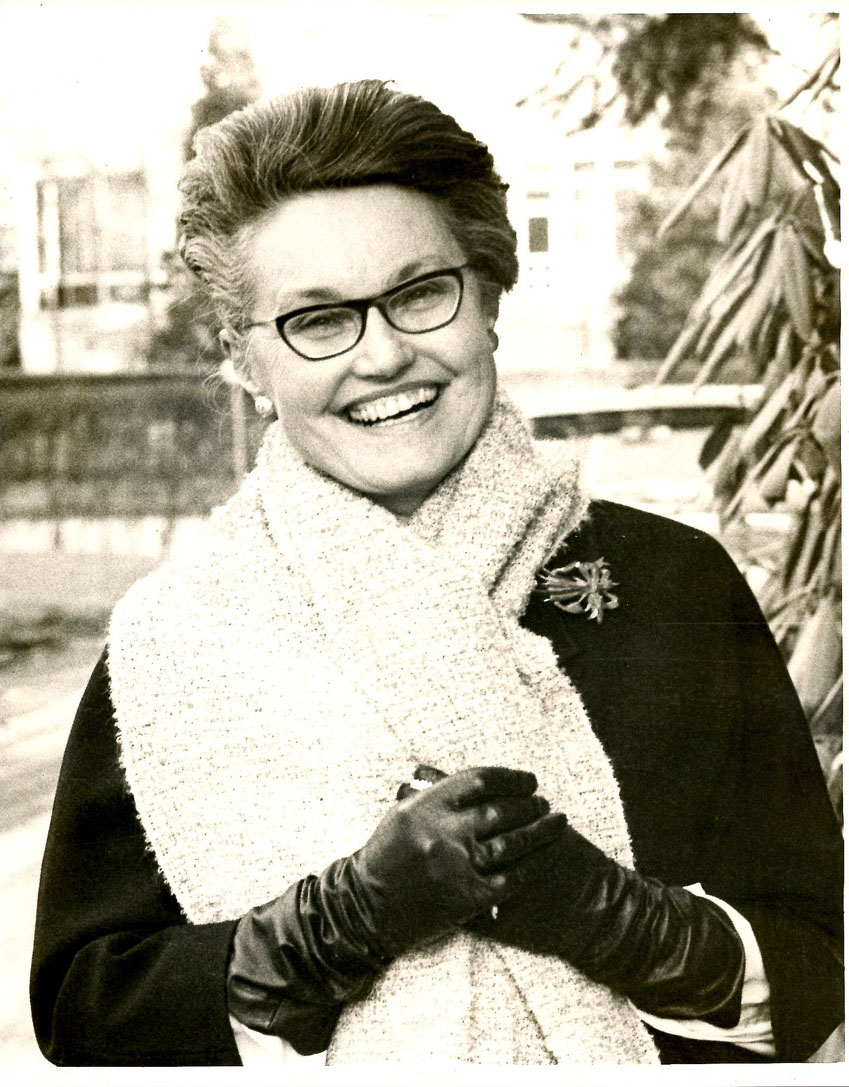 Suzanne Marie Henriette Aubois, was born in 1913 and died Monday, February 7, 2005. She was the wife of the late Jean Aubois. Born in Lyon, France, on January 9, 1913, she was the daughter of the late Charles P. and the late Marie F. (Fromenteau) Welte. She worked as a French tutor, teacher, and translator through the years. She lived in Hunter House until 1958 when she moved to 86 Washington Street.

An Interview with Gladys Bolhouse

This video was produced by and given to the Point Association Archive by Ned Sherman , formerly of Video Image Productions (VIP) of Newport, Rhode Island. Ned has been living in The Point since 1976.

Dan Murphy interviews Gladys Bolhouse, referring to her as, “the reigning expert on The Point” on May 14, 1990.Gladys delves into the history of the Goddard and Townsend families, along with their homes and businesses. She recalls several places of interest: the butcher shop, barber, rooming houses, early restoration efforts, and houses that were moved. She discusses Doris Duke’s connection to The Point and Operation Clapboard. Mrs Bolhouse was born and lived on the Point. She was the librarian at the Newport Historical Society.

The Japanese Stroll Garden was conceived and built by Philip & Esther Burnett in the early 1980s. Esther who made several trips to Japan fell in love with Japanese gardening and Japanese tea culture and the garden was the result of that love. It encompasses the principle of seen and hidden whereas you cannot see the entire garden from any one spot. Susan and Bill Farrel now lovingly care for the garden.

Walking the Point with Leon Shaw  Leon walks around The Point on 4/18/96 and shares stories of the houses. https://youtu.be/mCSJ6ZUNiyA

Here is the brochure for the event:  An Evening of Restoration Stories May 15, 1996.pdf

Final Marks
Since it was produced in 1978,Final Marks has become a classic documentary about lettercutting, in both monumental inscriptions and on gravestones. The filmmakers were given complete access over a two year period to the work of the craftsmen of the John Stevens Shop in Newport, Rhode Island, the oldest business in the United States still in continuous operation in the same colonial building. It chronicles the work of John ‘Fud’ Benson, then the owner and principal designer, and, arguably, one of the most accomplished letter cutters in the world, as he and his colleagues lay out and then execute the inscriptions on the then unfinished East Building of the National Gallery in Washington, D.C., designed by I.M. Pei.

How can we help?